Ministry and Shopping in Lancaster

We awoke this morning to a definite temp. drop! I got up and put on coffee and water for tea. Amy got herself ready for a walk to the shower house. She stepped out, and in less than a minute was back in RoadAbode - too cold! She used the shower onboard. I waited till coffee was done, grabbed a cup, collected my shower box, and headed out - was chilly - but the coffee fooled my body enough that it was not that cold outside. After everyone dressed, cleaned up and readied themselves, we went to a filling breakfast @ Bob Evans. The place was hopping, but we were seated relatively quickly. After cleaning off our plates - we continued to the reason we were in Lancaster - to help with The Gain (Global Aid Network) Ministry, specifically Operation 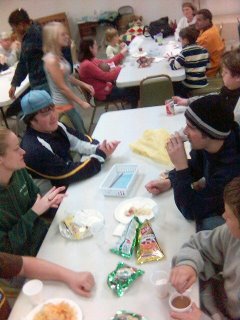 CareLift. This ministry started by sending aid to Russia, but now sends aid in the form of clothing, medical supplies and children's ministry and school supplies to other countries in Europe, Africa, and are looking to also send to the Middle East. We met with the youth of RPC, and after a rather lengthy "rah-rah" session by the leaders of GAIN (I just wanted to get going helping) we went to various jobs. Kimberly went with some youth sewing and mending clothes - sewing buttons and such. Amy and Emily tried various jobs, from Gospel Bracelets to Packaging Seed Care packs, to Hugging Prepping and Praying over the Stuffed "Gospel Mice" that were donated by TY (The company that makes Beanie Babies). I stuck it out sorting clothing into piles - Men and women, boys and girls, toddlers sizes. Anything with stains and such - depending on what - were put for seconds, or to be laundered. The goal was to give people only what could be considered 'new' in the clothing line.
After working alongside people from Virginia, New York, Atlantic City, we left in the afternoon and headed to the Lancaster Outlets to start our Christmas Shopping. Dinner was @ KFC (Slow Service!) and then we retreated for the evening to RoadAbode for Dessert, and a movie - the Thief Lord. Great Day! 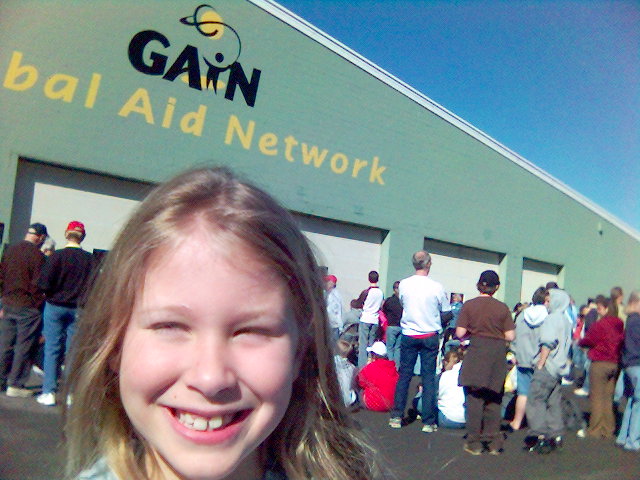