Some Pictures from Knoebels 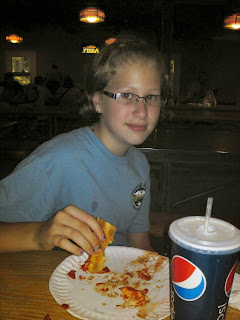 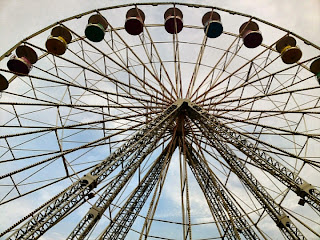 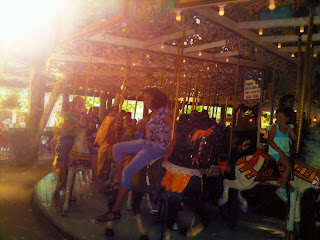 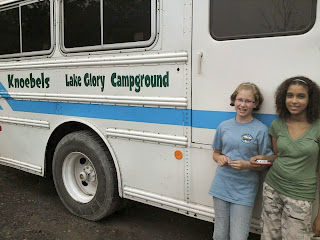 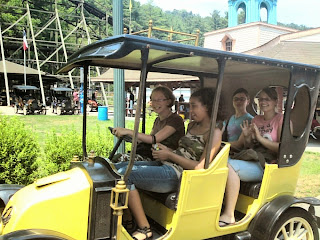 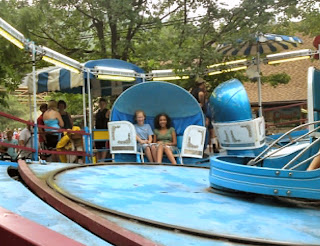 RoadAbode traveled to Elysburg, PA this weekend, the hope of Knoebels Amusement Park. I took a half-day on Friday, and met the girls up at RoadAbode's home in Montgomeryville. Only the younger set went with me, and we left RoadToad there. The elder set were coming up the next day - one friend had a prior obligation and could not leave til Sat AM. That worked out well in the end, as they got to travel around on their own.
The Drive up on Friday afternoon went smoothly - until we were about 30 minutes from the park. Travel on Route 80 came to a standstill, so after traveling bumper to bumper we got off the exit for route 11. Thatwent smoothly for 10 minutes, until the heavens opened up and we had to slow because of visibility. Was a good time to stop for a fill-up. Was kind of uncomfortable pumping gas while a full fledged downpour with cracks of lightning and thunder were all around. Thank goodness for Sheetz having all the pumps under shelter.
The storm let up a bit, and we soon were traveling on 11 to 487 again - until we got to Catawissa - where the bridge is partially out. so the two lane highway needs to take turns over the bridge.
Finally we made it to the campground, and the rain was stopping. We setup camp, and then took the next shuttle over to the park The rain had thinned out the crowds, so after buying our tickets, and having pizza at Cessari's the girls got to do a few rides and check out "the lay of the land"
Saturday the elder 2 driven by Am made it up with a lot less traffic and other issues that we experienced. In fact they made it for the first shuttle out to the park (actually second, the shuttle was so full, they made two trips)Am, Molly and I headed over after getting a few things done around the "house". Saturday was a blur of food, rides and people as the park was pretty crowded. Sunday was less so, and I headed home to be at work on Monday. From what I hear, the girls had a great time on Monday at Crystal Lake, and riding some of the water rides.
The park was pretty crowded all day, with some longer lines for the rides. I think all of them are pretty tuckered out!
Posted by RoadAbode No comments: 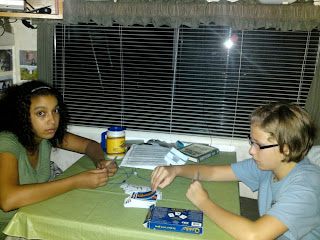 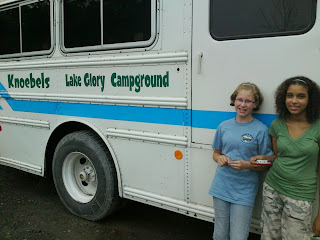