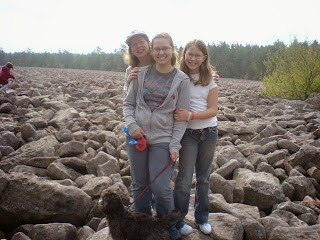 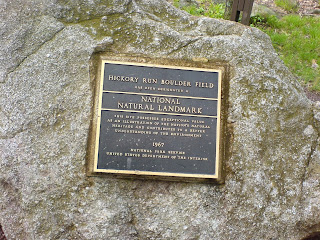 Girls at Boulder Feild and the Plaque listing it as a National Landmark.